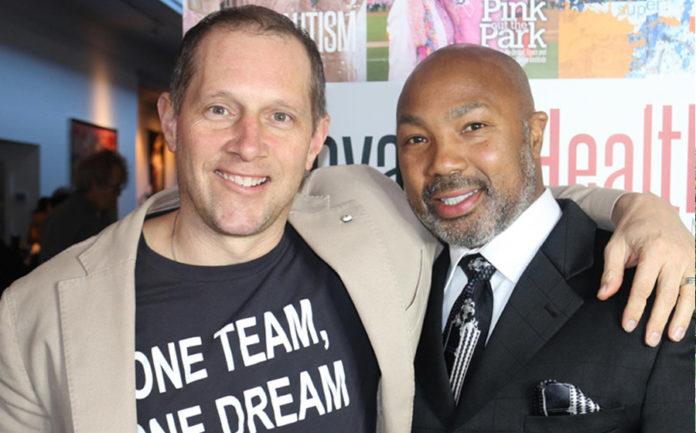 John Wentworth, by nature, is a very hard worker with tremendous drive and tenacity that has paid off in every aspect in his life. His commitment to his family and living his best life has definitely overlapped into his professional endeavors.

The “John Wentworth” brand is a very hot commodity. He is an extremely successful realtor and businessman, but John also has found tremendous success in the digital and media realm with his Vlog and internet show called “Went & Worth It.”

This success is no accident because as John explains, “when you’re truly committed to people and enjoy the process (not just the outcome) then everything will fall into place.” His formula for life and business is remarkable and has produced proven results. However, it was late summer of 2017 when he began a different journey and a full commitment to health and wellness. Despite always being committed to living a healthy lifestyle, it was during a trip to Las Vegas (which he finds somewhat comical and ironic) that he had a true epiphany to recommit to a healthier and purpose-driven lifestyle.

In August of 2017, John met a gentleman by the name of David Goggins, who as a famous “social influencer” was a keynote speaker at a conference he attended. John was fortunate to have a personal interaction with David who asked him, “If you wrote a book, would your book change someone’s life?” This really got the wheels spinning for John, whose immediate response was, “Yes it would, and on a large scale, and especially for children.”

John knew at that moment it was time to completely stop “screwing around”— and he went to his hotel room and did a hundred push-ups. He explains at that point he became instantly raw. This was a turning point in his life, having arrived at a conference in a suit and tie and left in the clothes he did a hundred push-ups in. He became real and authentic and knew the rest of his life was going to be different and about purpose and substance.

He was making a conscious effort to take the “time” that he had previously wasted, and redirect it to the important things in life. John says as he started to look around, and saw that the highest performers in his life had it very “dialed in.” He became determined to focus and invest his time more effectively.

John Wentworth’s sincerity with human nature truly resonates and it is what has contributed to his considerable success. There are many layers to his business; he explains that selling real estate is the easy part; it is the complexity of all the other layers he has to juggle.

Wentworth explains that by implementing a healthier more purpose-driven life that he has lost almost 20 pounds in half a year, he looks 15 years younger than his actual age, and works weekly with a personal trainer. When asked the secret to his fitness objectives, he says he doesn’t have his trainer’s cell number, and this way he can never cancel when he doesn’t feel like working out. He simply doesn’t have his number to call.

John Wentworth, the successful father, businessman, realtor and now wellness champion. Is he perfect? Does he make mistakes? His reply is, “Oh yes. Which day?”

His lifestyle changes have allowed him to be more “in the moment,” mindful and more time dedicated to his wife and children. The Wentworth team is in growth mode and only scratching the surface. He is an inspiration and a motivator and committed and attached to the process.

John has WENT for his best life….and it was definitely WORTH it!!

Awakened Hypnosis – Miracles When You Don’t...

Disability Does Not Mean Inability