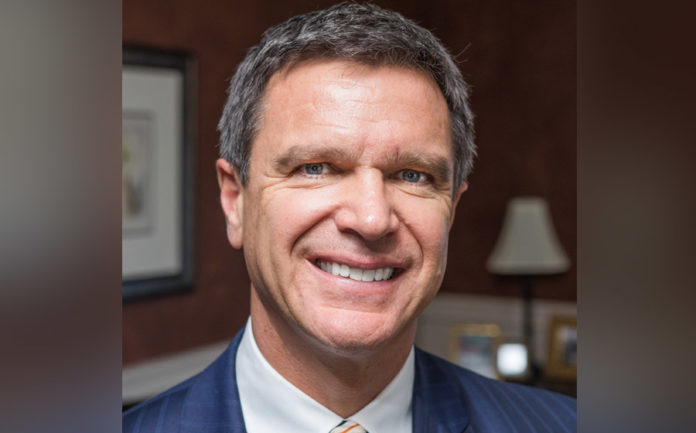 The high-profile Michigan attorney Michael P. Manley has fought many legal battles. His name is known across America as a criminal defense attorney, but his real fame—the respect he receives—is based on his compassion and intelligence, and his career-long work for clients in many areas including personal injury, employment discrimination, and corporate law.

Today, his current and perhaps most for­midable challenge is in the court of Public Opinion. He is passionate about the reform of the judicial system. Not one case before one judge…but changing the culture of the legal system, judicial priorities, and such matters as mandatory sentences. Michael Manley lists the four factors America must confront that historically have guided our sentencing prin­cipals: appropriate punishment, deterrence, protection of society and rehabilitation.

He maintains that it is time—overdue, in fact—to look at these factors in a new light.

The state of Michigan might lead the United States in the number of qualified, powerful, visionary, and successful legal advocates per capita. Michael Manley is at the head of that special class. He has been practicing law for 28 years; as a board-certified criminal trial specialist (National Board of Trial Advocacy), he is considered one of the most powerful criminal defense attorneys in the country.

The Flint attorney has earned a spot on the list of Michigan Super Lawyers (fewer than 5 percent of lawyers in the state are selected). In recent years, his specialty has been criminal law. Now specializing in criminal defense, Manley explains, “The people dictate what kind of lawyer you become. As I became more successful in criminal cases, more people started hiring me for criminal law. [It’s] the public that actually decided.”

Manley often travels the country speaking on national media platforms, discussing many of his high-profile cases. But lately, his attention, spurred by the public’s growing concerns, has been the overall health of the judicial system itself. “At the moment,” he says, “the system itself is undergoing extensive rehabilitation.” At times he has felt that America’s courts might face virtual life support, given what he explains is the system’s unhealthy habit of putting politics before judicial reform.

He points to politicians’ custom of using slogans to define our criminal justice system—the vogue to say “I’m tough on crime,” or “I am firm but fair”—and when mere slogans over serious substance was translated into legislation. He maintains that such legislation nearly bankrupted Michigan as a state financially… and, in his opinion, bankrupted Michigan morally.

Manley explains that harsh mandatory minimum sentences related to drug offenses during the early 1990s saw people receiving life sentences in prison for more than 650 grams of cocaine, and 20 years as a minimum sentence for 225 grams of cocaine. Those harsh mandatory minimums, he maintains, were based on no hard empirical evidence that they stopped the drug trade, or made our communities safer.

He asks about what society must address when laws are made when sentences are given. Are they effective? Do they provide proper punishment?

Michigan is undertaking a rehabilitation, how­ever, from those types of laws that have near­ly crippled its judicial system. In 2008, there was a large budget deficit and the economy was sinking. When both political parties looked at the budget, they saw that prisons were taking a huge percentage of the dollars. Dollars were being diverted from schools, for instance, to build prisons—using the dollars to house many non-violent offenders.

From a philosophical and moral standpoint, Manley maintains, Michigan based its system on slogans and political rhetoric. But he believes those days are in the past.

In his persuasive presentation, shared in speeches and articles, Manley maintains that politicians didn’t win elections by promising to spend more tax dollars on “mental health treatment,” but by being “tough on crime;” and what followed was a shift from mental health funding and drug addiction programs to prison populations, prison guards and new high-level prisons. Many offenders with mental health issues and drug addictions were sent off to prison, and it nearly bankrupted Michigan. County jails and prisons were filling up with people who had severe mental health, more than criminal, issues.

But Manley now sees a paradigm shift to supporting mental health programs. He says that many sheriffs will report that their jails are being populated to a very large percentage by the mentally ill. In Manley’s vision, we can move toward a more sensible judicial system that uses resources not for political purposes but for what actually works. “We know that slotting the non-violent offenders—those who have mental health, drug or alcohol issues—in prisons absolutely does not work as a policy.”

Manley says the judicial future is bright, and increasingly focuses on rehabilitation and stopping behaviors that perpetuate these vicious (and often generational) cycles. He commends the Sobriety Court, the Drug Court, the Mental Health Court and the Veterans Court as channels through which the government can hyper-focus on specific medical and behavior issues, proper punishment and, most importantly, proper treatment.

He is confident that the current judicial system is moving in the right direction, putting dollars where they belong in building programs for society’s most vulnerable. And if indeed that culture of clarity is changing, it is in large part due to the earnest work and advocacy of Michael Manley himself.

Say Goodbye to Regrets from the Past with Fountain of Youth’s Tattoo Removal...