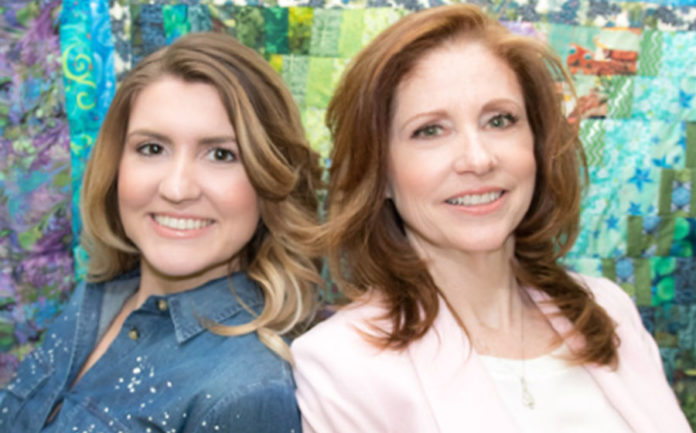 A Mother’s Love, God’s Grace, and a Girl’s Recovery

Most companies begin with a vision, invention, or recognizing a gap in the market. Other times it begins when a parent’s life reaches rock bottom.

I will never forget the day the doctors sent my daughter home to die. That day should have been the end. But instead, it became the beginning. It was the last day of school in 2006, and I think I was more excited than my children were for the summer to arrive. As a teacher, I always looked forward to that extra time with my children, Blake and JeAnnah, ages 11 and 9. Unbeknownst to me, my world as I knew it was to change in an instant.

Every morning before teaching, I went to my coffeehouse to start the baking. My dad came over, got the kids ready for school. He would feed them, read the Bible with them, and send them off with prayer time. That morning, he called me soon after the kids were up to tell me that JeAnnah was struggling to walk, missing her mouth as she tried to feed herself, walking as if she were drunk. He took her to the Emergency Room. I notified the school I would miss my morning classes. I had no idea how seriously ill JeAnnah was. By the time JeAnnah got to the hospital, she could no longer walk. I arrived a few minutes later and found the doctors confused with her rapid regression. The lumbar puncture gave us news we did not want to hear; the tap revealed JeAnnah’s white blood cell count was hundreds of times higher than normal; she was diagnosed with viral encephalitis. Due to the brain swelling, JeAnnah quickly began slipping away.

There was nothing the doctors could do, and they offered us no hope of recovery. By the time she was admitted, she no longer functioned as the child we knew and loved. We watched helplessly as the alarms kept going off with her irregular heartbeats and the spontaneous stopping of her breath. The next day, the doctors informed us her kidneys were shutting down. They decided not to move her to ICU, so I was able to stay by her side. I’m pretty sure they had no hopes of her survival.

Little JeAnnah, despite the bleak outlook and lack of any apparent hope, hung on to life, fought the odds and survived. She was left severely brain damaged and functioned at the level of a child 11-14 months old. The damage left her legally blind, unable to walk or talk, having seizures. Her mental and physical capacity went from that of a healthy, happy 9-year-old to an 11-month infant almost overnight.

Traditional medicine left us with a prognosis that JeAnnah’s seizures would increase, and she would eventually die in her sleep. My life went from teaching and working my coffeehouse, to the 24-hour caregiver, daily taking her to physical therapy, occupational therapy and speech therapy. We were learning to live a new life, that of having a disabled child, wheelchair barriers, constant appointments, and the enormous emotional strain on the family.

Despite our best efforts, JeAnnah was regressing. I searched in desperation for anything to help her. I began to scour the globe, looking for any hope to minimize JeAnnah’s condition. Again and again, I reached one dead end after another. Although I began to feel that my search might be futile, I never completely lost hope.

Eventually, I joined an international support group for parents of children with encephalitis, where the grim stories of others sounded like a broken record. Within a month of joining the group, two children died, and I began to feel my story soon would become part of the record. That’s when an email from a parent in the support group from Malaysia gave me a glimmer of hope.

The email read, “Have you ever heard of HBOT? My son was a near drown victim 18 years ago. He did HBOT, and the girl in the chamber next to him sounds like your daughter. She started on a gurney, then a wheelchair, then a walker, and left dancing!” I remember thinking, ‘What on earth is HBOT? A chamber? Moreover, how do I get it for JeAnnah?’ I began rapidly searching the Internet for information. I had hope at last!

My search of Hyperbaric oxygen therapy (HBOT) found that it is used commonly around the world for neurological damage in children. But, unfortunately, not in the U.S…and not as easy [to find] as I had hoped. Short of leaving the country, there were not many options as hospitals in the United States that use HBOT do not use it to treat brain damage. Not to mention the fact that I did not have the support of any of her doctors; every one of them told me it was a waste of my time. One went as far as doing everything he could to block her from treating.

I was not able to leave JeAnnah with others, as her care was too difficult. However, my mom convinced me to go work the coffeehouse for a few hours one Saturday morning to get some relief. It was not long after being there when a frequent customer, an emergency room doctor, came in. Out of ideas and nothing to lose, I decided to tell him about JeAnnah and my e-mail about HBOT. Expecting the same response, I about fell over when he interrupted.

“Stop,” he said. “I was just trained as a doc in hyperbaric medicine.”

Rob agreed to introduce me to the doctor who did his hyperbaric training, Stephen Guthrie, M.D., who also was researching the effect on viruses in hyperbarics.

Dr. Guthrie didn’t really believe anything could help restore her to normal as the damage was severe; however, he was kind and agreed to help. He arranged for a meeting with the doctor who oversaw the hyperbaric unit at the hospital. The thrill was beyond explanation when I pushed JeAnnah into his office with my parents in tow to see about getting her treated there. He didn’t quite see things the same way.

He informed me that hyperbarics is for wound care, and a few other conditions, but not for brain damage. I quickly pulled out my evidence, an e-mail from a mom! I had proof! He looked me in the eyes and told me nothing was going to get her better. I debated back and forth with the doctor; I knew in my heart this was her only hope!

It was then that another doctor listening in the hall popped his head in and exclaimed that such treatment was done all the time in his country. The doctor in charge then agreed to try, but said treatment would have to be private pay, as insurance would not cover it. I had offers of help with fundraising, and though I didn’t know the cost, I didn’t see it as an obstacle. The nurse put JeAnnah on the schedule to start HBOT the following Monday. Things were looking up!

The next day, I received a call from the hospital. Not only was it going to be private pay, the cost was $72,000 up front before she could start. The treatments were $2,000 a day, and they knew she would need at least 40. I begged her to let her start, promising to get the money, but the answer was NO.

Feeling devastated, the hope of her healing, of saving her life, was pulled away from me with one phone call. I had no money, no equity in the house, old cars… where does one get that kind of money and fast? I felt a helplessness that no parent should have to feel.

Through a journey of events, by God’s grace, we were able to start her treatments at a regional hospital 10 days later. As far as anyone can tell us at the time, she was the only child treated in a hospital using HBOT for brain damage anywhere in the country.

JeAnnah’s progress was miraculous! I started to see the fruits of our journey. Prior to starting HBOT, I had multiple therapists evaluate JeAnnah’s functioning level. She was 10 years old at the time she started HBOT, and the test showed her functioning between 11-14 months of age. The goal of treating her was to give her a better quality of life, no matter how short it may be. I never expected her to walk or really recover, but any improvements would be a blessing.

But following her first hyperbaric treatment, JeAnnah’s condition improved immensely. She could kneel; not only was she kneeling, but she was doing a half kneel while singing the chicken dance, throwing a ball against a trampoline, all of which she was unable to do the day before. After almost three months of hyperbaric therapy, JeAnnah did the inconceivable and danced in the Nutcracker as if nothing had happened. I got my daughter back.

After my experience, I realized I received a gift. There was far more potential for this treatment that was being overlooked

Oxford Kids Foundation (OKF), a 501c3 organization, was founded in 2010 by Tami Peterson, Ph.D. It is dedicated to helping children in Michigan with disabil­ities, chronic illness and traumatic injuries have access to therapies and medical care not covered by insurance. The ther­apies they desperately need but cannot afford can help recover these children and give them back the life they deserve.

Today, its largest fundraiser is through its annual gala with a goal of more than $120K. “As thrilled as we are at the outpouring of generosity that our supporters give, there are so many more children who are the most beautiful people one could ever meet, that need your support,” said Dr. Peterson.

Say Goodbye to Regrets from the Past with Fountain of Youth’s Tattoo Removal...