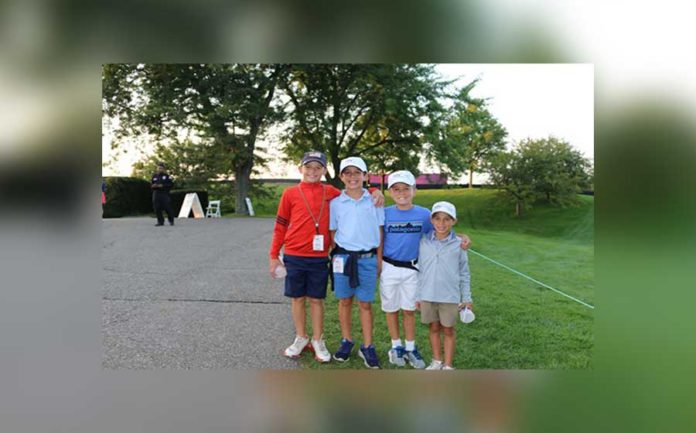 The Ally Challenge Presented By Mclaren

Did you know that Michigan boasts one of the premier professional golf tournaments in the country? And it premiered just this year.

This 54-hole stroke play golf tournament featured 78 PGA TOUR Champions golfers competing for a $2-million purse. The event was designed to showcase the best golf on the PGA TOUR Champions circuit for the enjoyment of spectators and for the benefit of local charities in the greater Flint area.

After four days of play, Paul Broadhurst emerged from a star-studded leaderboard as the winner, achieving a score of 201, 15 under par, earning his fifth PGA TOUR Champions title. Second place was held by Brandt Jobe, with a score of 203, 13 under par.

“The overwhelming success of the inaugural tournament confirmed the value associated with the return of professional golf to this region,” said Phil Incarnati, president and CEO of McLaren Health Care. “We are delighted with the response from the golf professionals, the thousands of golf fans, area businesses and sponsors as well as the community-at-large in engaging with this tournament and embracing its benefits.”

The tournament generated millions for charity and the local economy. The Ally Challenge presented by McClaren continued the PGA TOUR’s philanthropic focus by designating net proceeds from the tournament to benefit four qualified 501(c)(3) non-profit organizations in the greater Flint area that provide individuals and the community with increased access to vital services, education and resources.

The four charities are:

“The first Ally Challenge was by all measures a great success and we can’t wait to repeat that success next year,” said Andrea Brimmer, chief marketing and public relations officer at Ally. “We were so gratified to see the pride and the turnout from the community.” Speaking on next year’s tournament, Tournament Director Chris Coffman said, “We certainly have a solid foundation to build on. We are most excitedly looking forward to 2019 and beyond.”

The second annual Ally Challenge presented by McLaren will be September 9-15, 2019. Make plans now to volunteer, attend, or watch the tournament on The Golf Channel, where all three rounds will be televised.

Pure Bliss A Cut Above the Rest

Making the Case for Case Management at Rehab Innovations

Disability Does Not Mean Inability

100 Years of Innovation and Community Building