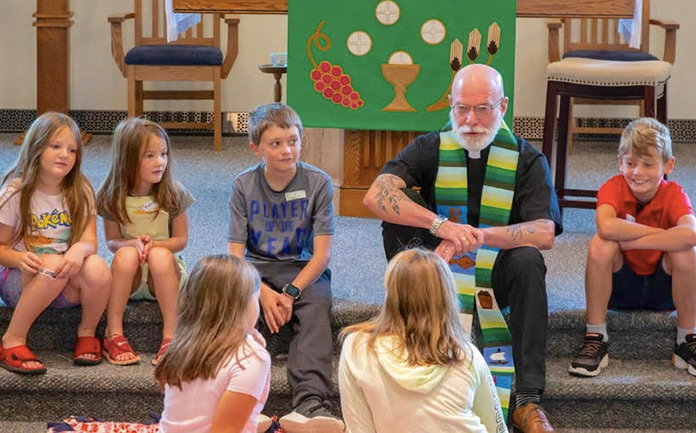 More Americans than ever are checking the “no religious preference” box when it comes to describing their spiritual lives or church affiliation.

Does that mean that the U.S. has lost its faith, or are people searching for more spiritual meaning than what they are finding in American churches or other houses of worship today?

The percentage of Americans who report belonging to a church, synagogue or mosque is at an all-time low, hovering around 50% in 2018, according to a Gallup poll.

Impacting Younger People the Most The younger you are, the more likely it is that you don’t have a church affiliation.

In contrast, only 49% of millennials, born between 1981 and 1996, describe themselves as Christians. Forty percent are religious “nones” and 10% identify with non-Christian faiths, including atheism (no belief in God) and agnosticism (belief in God is unproven).

Many church leaders hope that as more millennials get established in their careers and family lives, they will become part of a faith community, especially if that was their own tradition growing up.

Today’s youngest generation, Generation Z, born from 1997 on, may be following the millennials in their lack of religious affiliation. However, they are more bold than prior generations in identifying themselves as atheists—about 1 in 10 in this age group embrace this term, slightly higher than the 9% who identify themselves as agnostic.

In contrast, only about 4% of American adults in all age groups identify themselves as atheists, according to the Pew Research Center.

Why Have People Stopped Going to Church? An eroding confidence in the institution of organized religion appears to be one of the main obstacles facing American churches.

Other reasons given by Pew Research Center is that people surveyed said they practice their faith in other ways (81%), they are not believers (28%), and they haven’t found a church or house of worship that they like (23%).

Dr. Mark Fisher, pastor of Transfiguration Lutheran Church (Evangelical Lutheran Church in America-ELCA) in Fenton, Mich., believes there are many societal reasons that pull people away from church.

“Society is becoming more diverse,” he said. “All major religions are now represented in the U.S., so fewer are going to Christian churches.”

Time is another factor. “There is a lot of competition for people’s time,” he said. “Sports are a big culprit. Sunday used to be sacred, but not anymore. That becomes a big challenge for people. People are tired. Our whole society has changed.”

The good news, he said, is that most humans do believe intuitively in a Creator God. “The yearning for an understanding of God, that’s still there,” he said. “One of the problems is that people have access to all sorts of information. There’s more skepticism today, and it’s not all bad. Faith should be challenged. The church needs to have skepticism—I welcome it.”

Dr. Fisher believes that there is still a lot of spirituality in America today, and that spirituality and going to church are two different things.

“People need to be in a community, working together for common goals,” he said. “Today, for many people it’s more about the individual…be the best, come in first. Instead, people of faith need to be inter-dependent and thinking and caring about each other.”

Predicted Church Trends for the 2020s and Beyond

Your Spine is the Backbone of the Health

Lo + Slo: When Fall Turns To Winter, Don’t Put The Grill Away Yet!